A Free Alternative to Microsoft Office

Did you know you don’t have to pay every year for Word, Excel, and PowerPoint?

I frequently hear people say things like “just open a Word document,” or “I need an Excel spreadsheet,” or “I have to send this in Word,” as if Microsoft’s Office suite is the only method to open text, spreadsheets, or slideshow files.

Sometimes Google Docs is mistakenly seen as the only alternative, one that is free but compromises privacy and requires internet access through the entire time you’re using it.

Fortunately, there is a free, open-source alternative:

which, in my opinion, works just as well or even better than its Microsoft/Google counterparts. It costs nothing to install, preserves your privacy, and is a robust, powerful set of tools.

Any business confronts the reality that costs must remain below revenue to continue existing, and they must remain well below if the company is to be highly prosperous. Individuals face the same issue, where frivolous spending can over time reduce one’s quality of life.

Word processing and document editing software is a prime example of a task that most people incorrectly believe they need to spend money to complete.

To maintain access to Microsoft Word, which is only available bundled in the Office suite, the smallest package an individual could pay for is $70 a year, or, for a corporate customer, the minimum package is $60 per user per year.

By contrast, the LibreOffice suite is completely free, forever.

Microsoft’s service-like business model, of monthly or yearly subscriptions to continue to use a piece of software, is more fitting of a repeating service or a rented object than a tool like a document editor. The service business model makes sense in scenarios where active use creates costs to the service provider, for example renting server processing power or bandwidth, which then can’t be used for another task. Software, however, is infinitely duplicable at no cost and functions more as a tool, it only makes sense to charge a subscription if there is no competitor willing to maintain and develop similar software for free. LibreOffice is that competitor, and Microsoft’s Word, Excel, and PowerPoint do not have any amazing advantage to set them apart.

Microsoft’s insistence on charging a subscription opens up another pitfall: Privacy. To technologically enforce new limits on a medium that is otherwise unlimited, Microsoft needs an enforcement mechanism. This manifests itself by requiring users to log into a Microsoft account, not only creating a need for an otherwise offline task to connect to the internet and phone home, but also connecting the dots for surveillance between an online identity (The MS account is created with a non-MS email address) and an application being opened (Which needs to phone home to validate the license, thus indicating when it is in use or not).

Google Docs is even more susceptible to this, as the documents themselves are stored by Google while they are being edited, meaning Google has total visibility over document contents. Neither Microsoft nor Google has a good privacy record, which should cast further doubt on the idea that they won’t take advantage of any access they’re given.

LibreOffice does not have a license system and does not connect to remote accounts. Though it does check online for updates, it never makes that communication on behalf of an external identity because it doesn’t need to. Furthermore, it’s open-source, allowing anyone curious to see and experiment with the code that goes into it.

With the eyes of programmers around the world on the internals of these applications, any malware is likely to be caught and removed before it ever enters an official update.

This process is also used for Linux and is instrumental to finding and fixing bugs and inefficiencies.

The effectiveness of a tool is certainly a matter of personal experience, which admittedly also makes it somewhat subjective.

I’ve used LibreOffice for at least eight years, as has everyone at Morning Owls, and it’s always served me well.

In my experience, LibreOffice is efficient with resources, quick to launch, and never puts anything in the way of the task at hand. Beyond document editing, it has different tools to open spreadsheets, slide presentations, and, though I haven’t had a need, even charts and graphs, which serve as alternatives to Microsoft Office tools such as Excel and PowerPoint.

Microsoft Office is arguably another example from the list of slow or ineffective Microsoft products (Internet Explorer, Bing, certain parts of Windows, etc.)

The most prominent flaw is that while Microsoft maintains both an installed and web-based version of Word, Excel, and PowerPoint, the different versions – all made by Microsoft – don’t even display files consistently. A complex “word” document might look fine in the web version but have overlapping or poorly aligned text when viewed in the desktop application. Sure, LibreOffice doesn’t always display files the same way as Microsoft’s products do, but one would expect the products from a trillion-dollar company, which are advertised as cohesive and priced as if they were, to at least be consistent with each other. As it stands, no two editors display files exactly the same way, not even the Word application and the Word web interface.

Finally, LibreOffice can open, edit, and save back and forth between Microsoft Office Word, Exel, or Powerpoint documents.

LibreOffice is a great competitor for Microsoft’s Office suite, and I recommend installing it in order to familiarize yourself and see if it fits your needs. It has a help site containing steps for common use cases and options, but even in the absence of an article, the interface is intuitive enough that taking a few minutes to explore it will almost certainly let you find what you’re looking for. 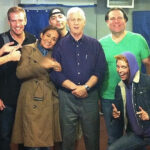 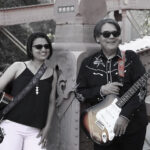